Swedish addiction specialist, who proved that apomorphine has a significant effect on craving and tension. 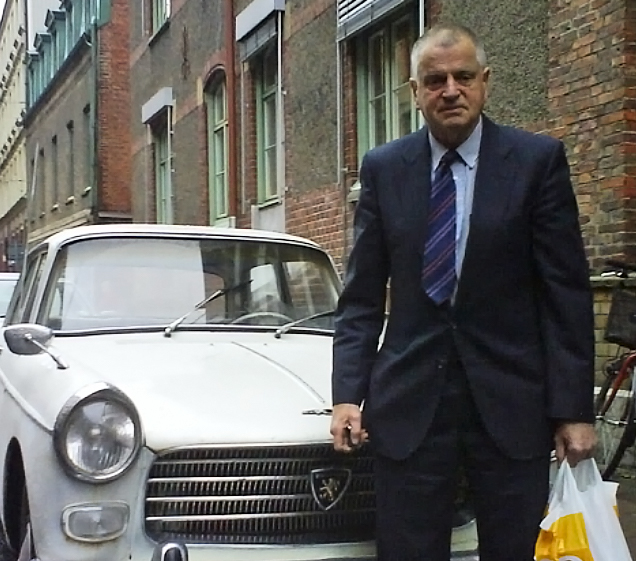 Dr Carl Carlsson was born in 1931 to working class parents.  He was raised on a farm in the south of Sweden and attended public school for six years. Determined to be a doctor Carlsson combined part time employment with study throughout his teens.  He passed the university entrance exams via a correspondence course and in 1954 was awarded a full scholarship to read medicine at Gothenburg University. Carlsson’s journey into medicine was unusual for the 1950s. Then, the Swedish medical profession was predominately middle class and urban. Carlsson attributes his ability to problem solve to his formative years before becoming a doctor when he worked on his mother’s farm and then in a sawmill and a local bank. (1)

Carlsson would go onto to prove that apomorphine has a significant effect on craving and tension. In 1974 he supervised a double-blind study with a group of alcoholic patients in a state-run clinic in Gothenburg. His paper ‘A double-blind cross-over study: apomorphine/placebo in chronic alcoholics’ was published in 1977 in the International Journal of Clinical Pharmacology and Bio-pharmacy.(2)

As a new doctor in clinical physiology I was studying muscular damage in alcoholics at the university’s Sahlgrenska Hospital. (1962) There was a lot of talk about my research and a psychiatrist, the head of a clinic at the Lillhagen Mental Hospital in Gothenburg asked me to start a specialized ward for alcoholism. I inherited the “storm ward” of about 30 patients with psychosis. They were considered dangerous. There were also about 10 new patients, mainly alcoholics with severe abstinence symptoms. The ward was very bad. No flowers, nor curtains or paintings and all the staff were male. I was told I could do whatever I liked. (2)

After half a year, we had the first specialised ward for alcoholism in a mental hospital in Sweden. We started with day patients. They slept at home and we got rooms for a social worker, a psychologist and a room for music therapy and relaxation. We tried to use as little drugs as possible and avoided benzodiasepines. (3)

Around 1968 (the Danish doctor) Oluf Martinsen Larsen visited and showed me how small injections by apomorphine could help a drunken man to sober up. We didn’t try apomorphine in Lillhagen. (4)

From 1970 to 1976 I was the head of the Nordhemspolikliniken in Gothenburg. In my time at the clinic I investigated brain damage caused by alcohol and alcohol fetopathy. I also ran a double-blind cross over study with apomorphine and propranolol. (5)

When I joined the clinic, Antabuse was the main treatment. There were two doctors, some female nurses and about 20 male nurses for 20 beds. At most they were looking after four patients at any one time – on occasion seven. The outpatients were around one a day to each nurse. (6)

I discovered that many of the staff were abusers of drugs and alcohol. A bottle of any drug for abstinence used to disappear in a few hours. One of the doctors was always intoxicated and tried new drugs with some of the patients. (7)

When I asked for new doctors six applied. One had spent half the year in a mental hospital for psychosis and the other five were known for abuse. I found that young trainee doctors were helpful as they helped change the culture. Some of the young doctors were in research and wanted to learn my statistics and scientific thinking. After a lot of trouble, we eventually filled all our beds with patients and (the) female nurses were seeing the same outpatients regularly. (8)

Oluf Martensen Larsen visited me again and we met with Arvid Carlsson and his team. I remember that Oluf showed the clinic staff the sobering effect of apomorphine when injected. (9)

In 1974 I organised a trial involving 20 chronic alcoholic patients in an open ward. They were all volunteers aged between 27 and 54. (10). Apomorphine is a difficult drug to study. It is rapidly metabolized by the liver and the dosage required to produce an emetic effect varies from subject to subject. (11)

The main problem was the short duration (of the apomorphine) and the theoretical risk of abuse if the emetic effects were blocked. In the pharmacy they found it difficult to prepare capsules or lingulettes. The dust produced in its preparation made the (pharmacists) nervous. But it was one of the remedies the nurse could give to patients. We gave 15 –45 mg a day. (12) Maybe a few hundred patients were given apomorphine. (13)

“…in broad clinical experience we found that capsules of 20mg apomorphine in lactose seemed to be a good sedative for chronic alcoholics. Very few alcoholics seemed to develop emesis on this dose. It also appeared to have an effect on the craving and tension symptoms.” (14)

We proved that apomorphine like propranolol could decrease the craving for alcohol but the results were not as effective as we had hoped. (15) The main finding from apomorphine was that there is a biochemical basis for addiction to alcohol. Many people hated such an idea. (15a)

I was asked to leave from my job at the clinic. My investigation in to the relationship between alcohol abuse and brain damage was not well received by my employers nor was my methods of management. For example, getting everyone to attend a meeting was a challenge. When I decided that ignoring to meet was a refusal to work this was not well received. The worker’s union started to challenge my working methods. (16)

After I left the clinic I worked for a while as a psychiatrist in a private practice. The patients were demanding and unreliable which made the work difficult. I also joined a team working with young offenders and helped to educate prison staff. The main problem in prisons was the use of benzodiazepines. It was difficult to use apomorphine (there) because it can be abused if the emetic effect is blocked with other drugs.

I also worked at Gudhemsgården an institution for severe drug and alcohol addicts where nearly all the clients were dependent on benzodiazepines. The social workers there believed that higher doses would make the patients calmer and things would be easier. They were upset if I found brain damage. Many of the clients were cases of foetal alcohol syndrome. I found that sometimes apomorphine could decrease their severe tension. I also discovered that if the emetic effects of apomorphine is blocked and 1g of it is taken it becomes a central stimulation drug and theoretically it can be abused.

The pharmacy at Gudhemsgården helped to make apomorphine capsules of 100 mg. Their preparation was a problem as the pharmacists were nervous of the apomorphine dust. I’m not sure why.  In severe cases of craving apomorphine seemed to have a good effect but not for benzodiazepine craving.

Some patients tried to hide the apomorphine capsules (for use under the tongue) in the mouth and take too many at once. I went to Helsingör in Denmark to buy apomorphine. It was a long journey and I had to pay for it myself. (17)

Working in the treatment of addiction in Sweden was difficult in the 1970 and 1980s. Suggesting that biochemistry could be behind alcoholism or that alcohol causes brain damage was impossible. No institution dared commission a thesis for a doctor’s degree. After 17 years at Gudhemsgården I felt I had struggled enough in my career as an addiction specialist. I changed direction and established a Health Care Centre in Österäng.

Apomorphine can be abused. In the hands of committed doctors it could still be of value because there is a lack of other effective therapies. To get good results it is necessary to select patients with a low degree of dependence. (18)

Oluf Martensen Larsen
Oluf and I became very good friends. He had a group of people interested in apomorphine treatment and we met in Germany, maybe on ten occasions. The German contributors talked a lot: “Mine professor hat gesagt” My professor has told me. They followed the thinking of their teachers. Oluf was a free thinker in comparison. (19)

When he prescribed apomorphine, it was not (just) the drug, but also his very great personality, that worked.

In 1983 Oluf invited me and my family to stay in Helsingör. It was quite different from other people’s houses. He had a modern villa and a large wood where there were wild flowers, herbs and rare butterflies. In the small pond there were frogs believed to be extinct in Denmark. Ouf was very proud of them. Every day he would bathe in the sea even in the winter. There was a small wooden bungalow in the wood for group therapy. Everybody had their own chair. Oluf believed group therapy was effective. He was interested in the relationship between different members of a family and wrote a book on the subject which was translated into Swedish. A group in Gothenburg started to believe too much in his book and tried to explain all mental diseases from his thinking. Oluf disapproved.

Oluf came to stay with me in the summer on many occasions at my old farm in the country. He liked to sleep in the garden, even on cold nights, in his old white tent, with his red blanket.

He was a free giant of a man and I miss his company.