First doctor to develop a treatment for alcoholics using apomorphine.

Charles Douglas was the first physician to develop a treatment for alcoholics using apomorphine. He was a sanatorium owner in the early years of the 20th century and published articles in the medical press describing his discovery of the usefulness of apomorphine to calm patients suffering from delirium tremens.

Douglas’ life spanned a period in medical history when the study and treatment of alcoholism was developing into a medical specialism. He subscribed to the theory that alcoholism was a disease, a concept that evolved throughout the 19th Century in response to increased knowledge about the physical effects of alcohol consumption and studies on its toxic effects on the body.(1)

It’s not know where Charles Douglas was born or received his medical training or, in 1899, how he came to be Physician-In-Charge at the Walter Baker Sanatorium in Roxbury, a Boston suburb. But in the same year his first published article, ‘Alcoholism’, appeared in the October edition of the New York Medical Journal.(2)

In the article, Douglas promotes, on behalf of his employer, an ethically responsible sanatorium approach to the treatment and care of alcoholics. He recommends that a sanatorium should be staffed by trained and experienced professionals where patients, weaned humanely off alcohol, receive specialised care day and night. For the treatment of alcoholism, a disease Douglas claimed targeted the nervous system, he outlines his pioneering use of apomorphine.

There is one harmless remedy that will produce sleep in a few minutes, even when the patient is suffering with the wildest delirium. That remedy is apomorphine. I inject subcutaneously just enough to produce slight nausea but not enough to cause vomiting … In a few minutes after administering the remedy perspiration appears and the patient voluntarily lies down, when a sound and restful sleep immediately follows. This sleep lasts at least an hour or two, and, if other sedatives are previously given, it will usually last six or eight hours. The use of apomorphine in this manner and for this purpose is, I believe, original with me … It may also be given in full emetic doses in many cases of alcoholism with marked benefit. I have frequently had such patients express gratitude for the great relief afforded by this emetic. It seems frequently to act as almost a specific in relieving the alcoholic craving.

A year later in 1900 The New York Medical Journal published Douglas’s recommendations for using apomorphine to treat delirium tremens. ‘No patient’, he states, ‘need be forcibly restrained if they are given apomorphine as it immediately calms them and sends them to sleep. When they wake some hours later they are sane.’

Douglas wasn’t the first doctor to suggest apomorphine as a suitable remedy for this purpose. A few months before him in 1899, John E. Tompkins a fellow American, also reported similar observations. (3)

Douglas’s findings were reported soon after in the leading British medical journal The Lancet under the headline ‘Apomorphine As A Hypnotic’, ‘There is no hypnotic so prompt, so safe and so sure.’ (4) Their positive write up endorses Douglas’s “definite results” describing apomorphine’s ability to produce sleep in a few minutes even when the patient is experiencing the “wildest” delirium (tremens). They concluded by recommending a trial.

In 1906 Douglas opened his own sanatorium in Dorchester, a prosperous small town just south of Boston. Catering to alcohol and morphine addicts it had twenty beds. Applicants were encouraged to read his published articles for details on his treatment methods. Advertised and reported on in the local press as ‘The Douglas Sanatorium’ the fine, three storied, mansion was situated conveniently near a railway station. Facilities for patients included a billiard table, bowling alley and a wide veranda.

Despite Douglas’s enthusiasm for apomorphine he was unable to convince the medical establishment to adopt it as a remedy for either delirium tremens or craving.

The drug’s name “apomorphine” was unhelpful. Although non-addictive it was perceived as being addictive like morphine. Many medicinal cures for alcoholism contained morphine, opium and cocaine and from 1906 there would be attempts to clamp down on the widespread use of these addictive substances by introducing labeling. A well-known “cure” of the period: Keeley Double Chloride of Gold, was lambasted by the press, the medical profession and the temperance movement for including “harmful” drugs of which apomorphine was one. (5)

In 1910 Douglas gave an address to The American Medical Society for the Study of Alcohol and Narcotics. He suggested to members that the slow take up of apomorphine was due to the misunderstanding of its effects and its misrepresentation by the medical profession. His remedy was for more accurate reporting on its benefits.(6)

Perhaps the greatest blow to Douglas’s ambitions and the fortunes of apomorphine was the passing of the Harrison Narcotics Tax Act in 1914.(7) It brought about the regulation of all aspects of the opiate industry. This was to impact on the availability and cost of apomorphine and its credibility as a legitimate non-addictive cure for addiction. Three years later in 1917, with addiction considered a moral weakness rather than a disease by law enforcers, all doctors were barred from prescribing opiates to addicts. In 1920, with the introduction of prohibition, sanatoriums that relied on the patronage of alcoholics closed.

It’s not known when Douglas died but the sanatorium that bore his name was demolished in 1940 to make way for a new much larger nursing home still in existence today.

Apomorphine to treat alcoholism reappeared in the United states from 1935 as the drug of choice in aversion therapy. A purposefully unpleasant experience it involved the patient drinking alcohol followed by an injection of apomorphine to induce vomiting. This procedure was repeated until the smell, taste and even the thought of alcohol made the patient nauseous. (8)

It wasn’t until the 1940s when the British Doctor John Yerbury Dent discovered that a low non- emetic dose of apomorphine effectively reduced craving that Douglas’s significant findings were rediscovered and referenced. (9) 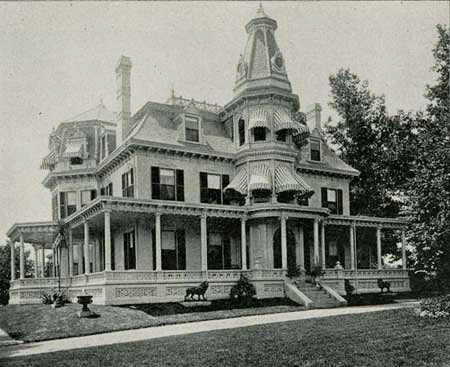 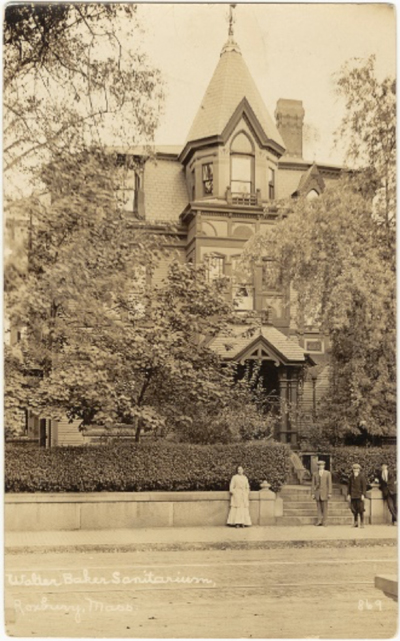